Coffey delivered a new bridge and highway along with additional link roads in Dalton Lane (approximately 6.5km south-west of Thirsk) and just east of Topcliffe village in 2017. Coffey teamed up with local football club, Thirsk Falcons during the project. The club field the ”fledglings” who are the three to five-year-olds starting to get involved in football, along with teams at U-7, all the way up to U-18 and a senior team. Coffey sponsored the club’s U-13 team with a new kit as part of our Community engagement whilst working in the locality.

Coffey is a proud sponsor of Tuam Swimming Club providing the club with sports equipment for athletes of all levels.

Supporting charities, both local and national, is part of the culture at Coffey. Our staff have raised much-needed money for a number of local charities and national fundraisers. Charities that we regularly support include Croi Heart and Stroke Charity, Cancer Care West, Macmillian Cancer Support, Movember and Cope Galway.

Coffey staff members Danny Flynn, James Sheehan, Sean Coffey, Keith Connolly and Michael Madden pictured (before and after the big shave) with barber Padraic from The Barber Shop, Athenry, at our head office at our Movember fundraiser. The Coffey team raised an impressive €1730 for men’s’ cancer research. 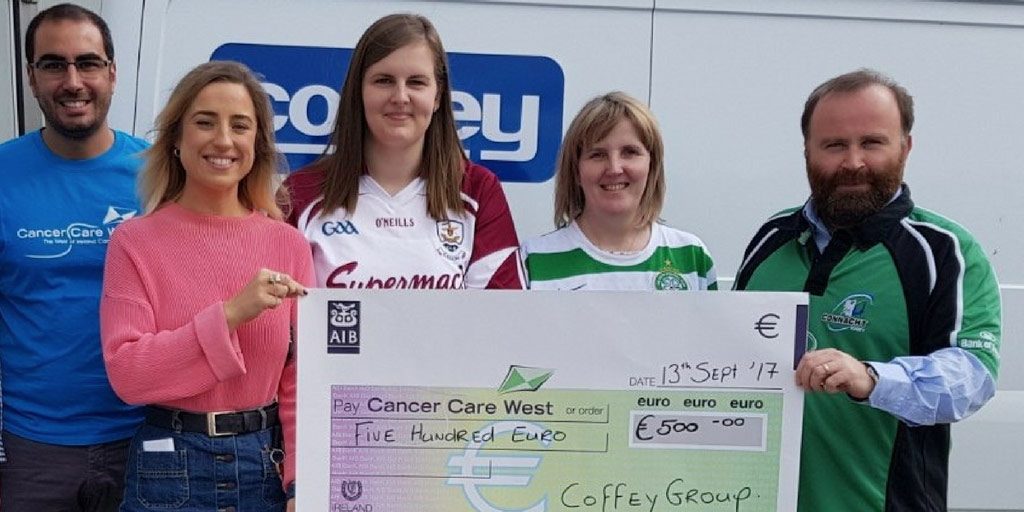 Croí is a heart and stroke charity, who are leading the fight against heart disease and stroke, with a particular focus on the West of Ireland. Their mission is to prevent disease, save lives and promote recovery & wellbeing.